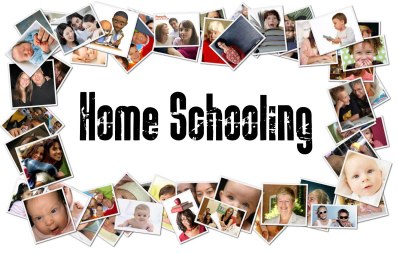 I’ll probably tell people that the best two days of my life were the day I started homeschooling and the day I stopped homeschooling. Not because I didn’t enjoy the experience. It was just really really hard, and in different ways than I would have thought.

My reasons for homeschooling were many. First of all, my son seemed to be slipping. He had started out in grade school as a really great student, asked into the ALPs program in both Reading and Math. ALPs stands for Accelerated Learning Program, and only a handful of students are invited into it. By 5th grade, his first year of Middle School, he was called a “straight A student,” but by 6th grade, he was called a “solid B student.” I was getting concerned. He seemed to be getting worse each year.

His 6th grade teacher and he did not click. She was very outgoing who prized group work and collaboration. My son is an introvert who prefers to work alone. When I told her this, she said, “Well, that’s how I run my classroom.” He was beginning to hate school. Furthermore, his math scores, while still high, were being pulled down by his poor classroom behavior. She said he would not be admitted into the accelerated math class.

A final reason for homeschooling was that my husband got a job working at night and I was beginning to feel like a single mom. I was in charge of homework, after school activities, as well as the normal cooking, cleaning, dishes and laundry. There was also the fact that my mother, who was now 80, was not seeing my kids very often. They were getting older and not needing the baby sitting like when they were younger. I thought she could be involved with the homeschooling, as she was a retired teacher. The adolescent years were going by fast.

Serendipity also played a part. A number of families in my church were home schooling, and they were going through this new program called “Heritage Learning.” The students would go to school on Mondays, with regular classes and teachers, and then have their remaining work for the week posted on a site. I wouldn’t have to choose the curriculum, give tests, or manage any other school tasks. It seemed perfect. I signed on, and decided to home school for 7th and possibly 8th grade. I was working out of my home as a writer, so I had the freedom to set my schedule. I could also get both my husband and mother involved.

I can still remember the first day of homeschooling. While the other public school students, including my 10-year-old daughter, lugged their backpacks into school, we had the whole day ahead of us. An adventure in learning and enrichment awaited us. Since his homeschooling program wasn’t going to start for another week, we decided to peruse the library, and look at all the books we would be reading. Next, we went home and played board games. That was probably the most exciting day of playing Stratego that I can remember. What a day!

So, then the year went on, and it was very much a discovery year. We managed to begin working by around 10 or 10:30 am., but usually only for 1 hour. And my role as teacher got larger and larger. I began to read material to him, that way I knew he was really comprehending it. Then I helped by reiterating important points, and then by helping him answer the questions from the reading. I chucked up this hand-holding to the fact that he was only 12 and had pretty poor study skills. Math tuned out to be a disaster, as it is not my strong area. I tried to teach it as best as I could, but I did a poor job. I also tried to get my husband to help, but he was tired from working full-time, and my mother was no help in math as she had been an English teacher. He did OK for awhile, but then the Math got really hard, so we made very slow progress.

But on the flip side, I really enjoyed learning from his other classes, especially History. The classic learning method that Heritage follows emphasizes memorization, which I think, is a skill that is solely lacking in today’s progressive learning environment. He was given a stack of 150 “flash cards”, each containing a major event in history, from antiquity all the way through the 20th century. We read through and memorized 7 cards a week. The titles were even put to a song, “the Time-Line song”, available on YouTube for easier memorization. This was probably my favorite area of study at Heritage.

I was working as a technical writer, part-time, at night, and I was starting to get really tired. It was like two jobs, homeschooling by day and writing at night. The hardest part was the disorganization. I had to tell him to do everything from sharpening his pencils, to retrieving his assignments from his folder. He wouldn’t do anything on his own without my assistance. Once again, I attributed it to poor study skills. But, by the end of year one, I was still pretty motivated. He seemed to really enjoy Heritage, and I didn’t want to send him back to the same middle school. It would be better to start fresh at high school. So we did another year.

But things got harder for me. The work load increased. He took Humanities that focused on the middle ages. A very interesting time, but the reading was “old English” style”, and there was a lot of it. At the end of every week, there was a large writing assignment. Writing is my forte, but doing this every week on top of my other writing work was getting pretty hard. I also asked a friend of his to tutor him in Math. The friend had been a member of a chess club my son had attended, and who was now ,a student at Montana State University. They worked over Skype. The problem was that it was a lot more fun to play video games than to do math, and I had to get on his case constantly to get the work done.

Now that we are at nearing the end of the 2nd school year, I can begin to assess whether we accomplished our goals by homeschooling, and I’d say the results have been mostly mixed. On the positive side, the Heritage program was great, and he truly loved it. We learned so much about history and literature, myself included. Small class sizes and excellent teachers made my son say that he truly loved school. He made some great friends, and said there was absolutely no bullying of any kind, which he felt he was already starting to experience a little in the 6th grade in public school.

But, on the negative side, he’s still not a great student like he was in grade school. He rarely reads, except to listen to an occasional audio tape. While he had once been a great math student, he is now most definitely average, and will be placed at the average math class for his grade in high school. Time spent with my husband and mother also gets a mixed grade. He’s gotten a paper route with my husband and they do that twice a week. I’m happy that they’re spending time together, but it’s not really academic. He’s also spending more time with my mother, but not by doing work. He and I go down to her house once or twice a week to do school work, but he refuses to do school work with anyone but me.

So I’m altogether positive about the experience, but I’m looking forward to the last day of the year. I will be able to let out a sigh of relief. Luckily, my daughter is a great student, and has no interest in home schooling. If you are considering homeschooling, I would say this: It can be a good experience but consider it carefully. If you believe your child is not thriving, then you may want to do it. But remember it is hard work, and a lot of responsibility. Pick a good program, like Heritage, and good luck!

Chris Bernat is the author of Individualized Learning with Technology – Meeting the Needs of High School Students – a book about how learning can be individualized for students, starting in high school and continuing throughout life,